It is a continuation of the first Solar System Suite which I released in 2011, although this time it centers around the dwarf planets and asteroids in our solar system.

The truth is I had planned to record a second Solar System Suite shortly after releasing the first one, already with the idea of focusing on dwarf planets, although with a different approach (structuring the album as a journey following the trajectory of the Voyager probes), but I only started to record it last year.

I must say that working on this second Solar System Suite has been a really interesting experience.
You see, I am a failed astronomer, and I already knew quite a bit about the eight "original" planets (nine if you count Pluto), but I knew next to nothing about the dwarf planets, so working on this album implied doing a lot of research to try and get an idea of what the planets looked like, what were their characteristics... bref, something I could turn into sound and music.
I have learned quite a lot about them by recording this album, and my curiosity about those planets can only grow! I really can't wait until we manage to have more data about them! 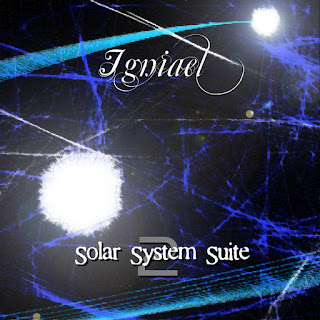 As usual, you can download the album for free at http://igniael.bandcamp.com/

I hope you enjoy it, 'cause I sure enjoyed recording it!

Igniael
Musician. Light Being. I reign over that which remains unseen and unheard.